Backpacking Bosnia and Herzegovina, a Hidden Gem in Europe

Before travelling in Bosnia I had little idea of what the country had to offer, but was sure it would be an adventure. I had also only heard of backpackers visiting Sarajevo and Mostar so was eager to explore other towns and regions. 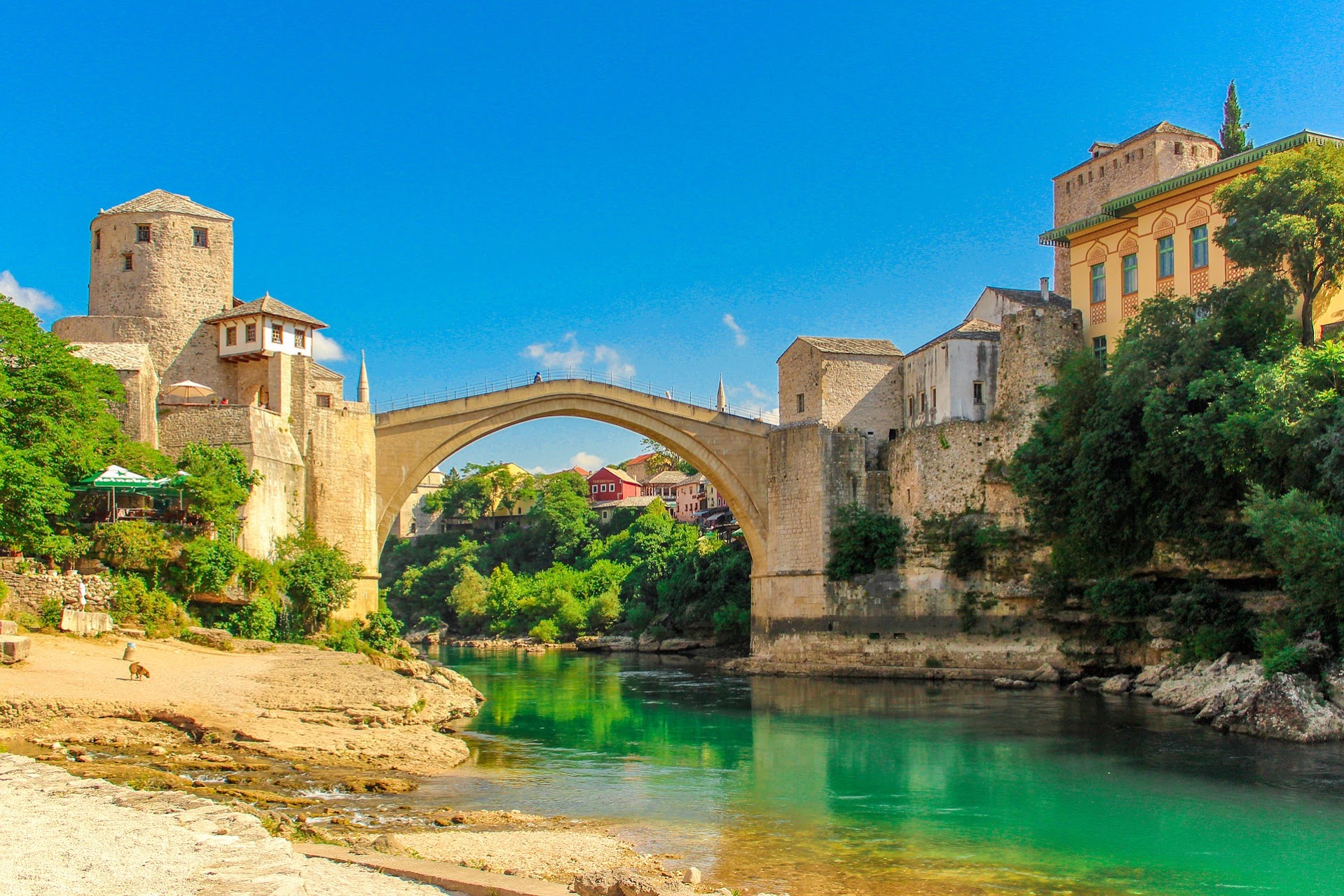 “Despite it being easily accessible from the rest of Europe and one of the cheapest countries on the continent to travel within, Bosnia and Herzegovina has surprisingly little tourism.”

Jajce was my first stop. Surrounded by lush, green forest with an ancient castle at the top of the hill and an 22m impressive waterfall next to the town, it’s hard to believe that it sees so few foreign tourists. There are two hostels in the town which are run by the same people. The one just outside of town has a kitchen you can use, but the one in the centre has a better location. Only a few kilometres up the road there is a beautiful lake (Plivsko Jezero). What’s great about Bosnia is how easy is it to hitchhike.

Alternatively, meet other travellers nearby by finding them on Alpacr’s local adventurer feature, or simply get recommendations and tips by connecting with other travellers who have taken the same trip.

Having waited no longer than two minutes, I had hitched a lift and was on my way to the lake with some friendly Slovenians. There is a circular walk which gives stunning views across the lake. The green landscape is a stark contrast to the arid coast of nearby Croatia. This is certainly a location that will grow in popularity with backpackers in the near future so go soon before others catch on! Further south in the country is the old town of Konjic. The majority of travellers would see Konjic as just another town on the road between the capital, Sarajevo, and the now overly touristic town of Mostar. From the road it is possible to see the stunning mountains towering up towards the sky, but it is only by walking on foot that you can truly see why this area has come to be known as the ‘Bosnian Himalayas’. A week into my time in Bosnia, hitch hiking had become the normal way to get around. Once again it was easy to hitch a lift to the bottom of a footpath in the village of Borci, and from there we had a steep 4 hour walk to summit Borasnica. The last hour or so gave us incredible views across the mountainous region, with Mt Prenj in the background. There are known to be active landmines in the area, so if you choose to come here make to stay on the path! In the end we couldn’t make it all the way to the peak as our progress was halted by an abandoned military bunker, left from the war of the 1990’s. We had head torches so could peer inside but didn’t want to venture too far due to the threat of landmines. Inside there was a damp smell, and old jackets hanging on hooks. It was a very eerie place. We had lunch outside the bunker before making our way back down to Borci. It’s a 30km walk so you need a good level of fitness to do it in a day, as well as plenty of water. Hidden down in the south of Bosnia, on the border of Montenegro, is the incredibly scenic Sutjeska National Park, home to Bosnia’s highest mountain, Mt Maglic. From the bottom of the valley in Tjentiste it is possible to do a mega 10 hour, 35km day hike to the summit of Maglic and back again. Whilst most people choose to drive to the car park near the top, this option is far more rewarding and offers diverse landscapes throughout. From shady forests, to lush meadows and onwards to the impressive rocky outcrop at the top, this hike undoubtedly goes down as one the best day hikes I’ve ever done. At the peak, I wasn’t too surprised to find it to be cloudy, as the locals had explained the night before that Maglic means fog in English and therefore it is rare to get a good view from the peak itself. On the way back down the mountain there is a slightly longer, alternative route which I took which means passing through a forest with 60m high beech trees. I’d highly recommend this route as it winds its way through the forest on a narrow footpath, whereas the route on which I had ascended was on a 2m wide track for the most part. When you finally reach the road at the bottom of the valley, you should have no problems hitchhiking the final few kilometres back to Tjentiste.

“From shady forests, to lush meadows and onward to the impressive rocky outcrop at the top, this hike undoubtedly goes down as one the best day hikes I’ve ever done.”

Nowadays Bosnia is more accessible than ever and with a travel and adventure app like Alpacr, it’s easier to find a social network for travellers that can guide and inspire your next trip. In spring 2017 Wizz Air opened up a new route from London Luton to Tuzla, in the northeast of the country. Depending on how far you book in advance, a one-way flight can be as cheap as £15. If you’re already in Southeastern Europe there are numerous cheap bus links from Croatia, Serbia and Montenegro.

With the Alpacr app, expand your backpacking network and find more inspirational and detailed adventures from fellow backpackers like Adam who share real-life experiences on the many adventures they’ve been on. Meet nearby backpackers, use it as a travel diary app, or grow along with a wonderful travel community of people with similar interests as you whilst you take your next big adventure or recount past adventures on the Alpacr app!